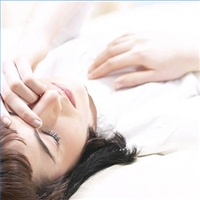 Ms. Perez ended up exhausting all for administrative remedies with Unum. That led her to seek the aid of a Florida disability attorney in order to file an ERISA lawsuit against Unum in United States District Court in the Middle District of Florida Tampa Division.
Had Unum approved Ms. Perez’s long-term disability benefit claim, she would have received a sum of money every month pursuant to the terms of the long-term disability plan for meeting the definition of “disabled” according to the terms of the plan since her Neurocardiogenic Syncope prevented her from working with reasonable continuity and from performing the material duties of her occupation.

The nature of Ms. Perez’s Neurocardiogenic Syncope is not expressly stated within the civil complaint against Unum, but it appears that her treating physicians were able to help her control it so she could return to work in March of 2009.

At the heart of the matter, though, is the fact that Unum denied Ms. Perez’s claim for long-term disability benefit payments.

Ms. Perez alleges that Unum is in breach of the employee benefit contract that allows her to file a long-term disability claim with supporting documentation from treating physicians so she can receive benefit payments during the time in which he was completely and totally disabled.

Ms. Perez will have to demonstrate to the court that Unum failed to take into account the facts of her claim and thereby acted in an arbitrary and capricious manner when they denied her claim.

Ms. Perez is asking the court to award her long-term disability benefit payments for the period of time in which she was eligible from July 31, 2008 until she went back to work in March of 2009. Additionally, she is requesting the court to compel you Unum to pay all costs associated with litigation of this case and to have her reinstated into the long-term disability plan of which she was a participant.

Related
Search
Whatever It Takes To Get Your Disability Benefits Paid